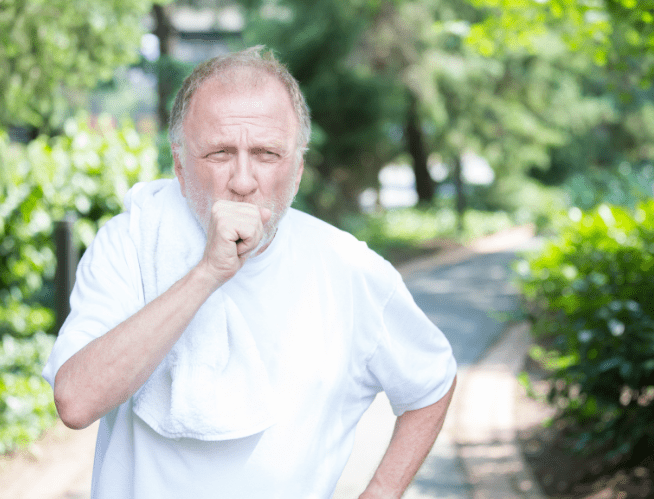 Chronic obstructive pulmonary disease (COPD) pertains to two types of chronic medical conditions that may obstruct airflow in the lungs. These two conditions are called emphysema and chronic bronchitis.

Patients suffering from this condition are prone to develop a cough and wheezing, or experience difficulty in breathing, and overproduction of mucus or sputum in the mouth.

If you are experiencing these symptoms, consult your urgent care doctor for a comprehensive course of treatment.

Largely described as a “man’s disease,” COPD has been ranked as the third leading cause of death due to a progressive disease, causing 3.23 million deaths in 2019.  According to the American Lung Association, “more than 16.4 million people have been diagnosed with COPD, but millions more may have the disease without even knowing it.”.

The World Health Organization (WHO) cites, on the other hand, that there are 251 million cases of COPD around the world. At least 90% of deaths due to this disease occur in countries with mostly low, or middle-income earners.

WHO also projects that COPD cases will still increase in the years to come as the habit of smoking, especially among men, hasn’t been curbed. Furthermore, as the population of the elderly is increasing, COPD cases will remain high as this group is one of the most vulnerable to the condition.

The most common culprit blamed for COPD is cigarette or tobacco smoking, including second-hand smoking. However, people exposed to air pollution and other lung irritants like chemicals, gasses, or fuel for cooking and heating may also be at risk.

In some cases, men whose jobs involve frequent exposure to fumes, vapors and dust also develop COPD. In fact, first responders and residents in nearby areas during the 9/11 attack in New York have developed or died from COPD because of the massive dust that swept the atmosphere for months, stated by the International Journal on Environmental Research and Public Health.

According to the National Heart, Lung and Blood Institute, asthma may also cause the development of COPD. People with a rare genetic condition known as alpha-1 antitrypsin deficiency may also end up having COPD in their later years.

At its worst, COPD may lead to lung cancer, heart disease and other complications, especially if the symptoms are not managed or treated.

A person suffering from chronic bronchitis and emphysema need to be wary of COPD because the symptoms aren’t immediately present. When the coughing fits have been increasingly frequent, however, it’s usually the first cause for concern as the condition in the lungs could be worsening.

A patient needs to get tested and diagnosed with COPD if these symptoms are present:

In the late stages, a person with COPD may significantly lose a lot of weight.

There is no specific cure for COPD but this condition is highly preventable if the symptoms are dealt with at an early stage, coupled with some lifestyle changes.

For instance, a person who is a frequent smoker may lower his risk of developing COPD if he quits the habit for good. A healthy diet plan may also curb symptoms like shortness of breath, or tiredness as the body gains more nutrients to fight infection and other common illnesses that could trigger coughs and colds.

Drinking medications to clear the airways and make breathing easier will also reduce the COPD episodes. However, for those with chronic problems in the lungs, it might be a huge benefit to enter into a pulmonary rehabilitation program with a team of doctors, respiratory therapists, or fitness and diet experts.

Urgent Care of the Palm Beaches For Immediate Consultation

If you are worried about your breathing problems or if you feel that you are experiencing symptoms of COPD, then contact our doctors at Urgent Care of the Palm Beaches. We are here to help you!

We accept patients who have made appointments, as well as walk-in patients. We have several locations for your convenience, including:

Are you concerned about COVID-19? Would you like to have rapid COVID testing or PCR testing? We are happy to assist you with COVID-19 testing at Palm Beach or any of our urgent care centers.

The tests are available at all of our 3 locations.

For common conditions that can easily be treated from home, we offer telemedicine urgent care in Florida.

Feel free to contact our clinic or make an appointment now. We are more than willing to answer any questions you have in a partnership to keep you well!

The material contained on this site is for informational purposes only and DOES NOT CONSTITUTE THE PROVIDING OF MEDICAL ADVICE, and is not intended to be a substitute for independent professional medical judgment, advice, diagnosis, or treatment. Always seek the advice of your physician or other qualified healthcare providers with any questions or concerns you may have regarding your health.

5 Reasons Why You SHOULD Continue Wearing a Mask After COVID-19 Vaccination
Kinds of Health Care Services an Urgent Care Offers
Is aging really responsible for declining health?
What is Causing My Nausea and Loss of Appetite?
0/5 (0 Reviews)


Online Marketing for Doctors by RedCastleServices.com